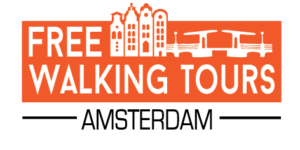 The weather in Amsterdam

Weather is the number one topic, ask any Dutchman what it would be and there is a very big chance he can tell you in detail. Join in on the conversation and complain like we do, whether it’s hot or cold outside.

The weather in Amsterdam varies much, although one thing is for sure: With 145 days of rain annually, there is always a chance you should carry an umbrella. The most pleasant time to visit Amsterdam is during spring, but if you enjoy the heat it is great in summer. The average temperature in summer is around 20 degrees Celsius (68° Fahrenheit). Winters are cold and windy, but the streets fill up with sweet and savory food stalls, festivity markets and ice skating rinks. Snowfall is quite rare, because Amsterdam is situated quite close to the ocean.

What is the best time to go to Amsterdam or Holland? Here are some weather facts:

Take a bottle of water and suncream when it is hot! And for the cold and rainy days, there is no such thing as bad weather, only bad clothing.

Our motto is: Rain or snow we always go!

Free Walking Tours Amsterdam is a team of enthusiastic Amsterdammers that have an interest in history, combining storytelling with joke telling! We love our city and like to show you around and make you just as passionate about Amsterdam as we are! Join one of our tours and discover Amsterdam with a local friend.

Come join us as a tour guide! More info.